𝑰𝒕𝒔 𝒃𝒆𝒈𝒊𝒏𝒏𝒊𝒏𝒈 𝒕𝒐 𝒍𝒐𝒐𝒌 𝒂 𝒍𝒐𝒕 𝒍𝒊𝒌𝒆 𝒔𝒑𝒓𝒊𝒏𝒈!🌼 We hope everyone has had a sun-filled & play-filled weekend☀ If the good… https://t.co/lPoICtugB6
by @Playdale 1 day ago
RT @bethebusiness: The team at @Playdale are used to the logistics of exporting 🌎 So after the #Brexit vote MD @BarryLeahey decided that t…
by @Playdale 1 day ago
RT @BarryLeahey: PROUD - Just finished with CDL @michaelgove part of the SME Brexit Business Taskforce run by the @cabinetofficeuk With a…
by @Playdale 3 days ago
RT @apiplay: Let's give kids a fighting chance to recover from all the damage done to them through #lockdown with a #summerofplay. Public #…
by @Playdale 5 days ago

At 5.45am on the morning on Sunday 24th April Matt McGinley’s eyes sprung wide open. The day of the London Marathon had arrived. But Matt wasn’t awake early through nerves; his role at Playdale along with being the father to two small children means that he’s up with the lark every day so his body clock isn’t easily adjusted!

It was a weather-wise perfect day in the capital for the marathon; not too hot, not too cold, dry and very little wind. There were just two short hailstorms during the day, but these didn’t dampen mood or performance.

The first thing that struck Matt were the hordes of crowds as far as the eye could see. He’d never seen anything or felt an atmosphere quite like it. As soon as he started running the full force of the crowd support hit him; he couldn’t even hear the music coming through his headphones! Matt soon discovered that this level of support, excitement and atmosphere is a huge boost to runners and really spurred him on.

It was the last two miles that Matt found the hardest but when he heard ‘Go Matty’ being shouted by members of the crowd he found that last store of energy and went for it! Matt completed the 26.2 miles in a fantastic time of 3 hours and 51 minutes. He was the second member of the Fields In Trust team to finish and has raised a huge amount of money for this worthwhile charity who protect and safeguard the UK’s outdoor spaces. 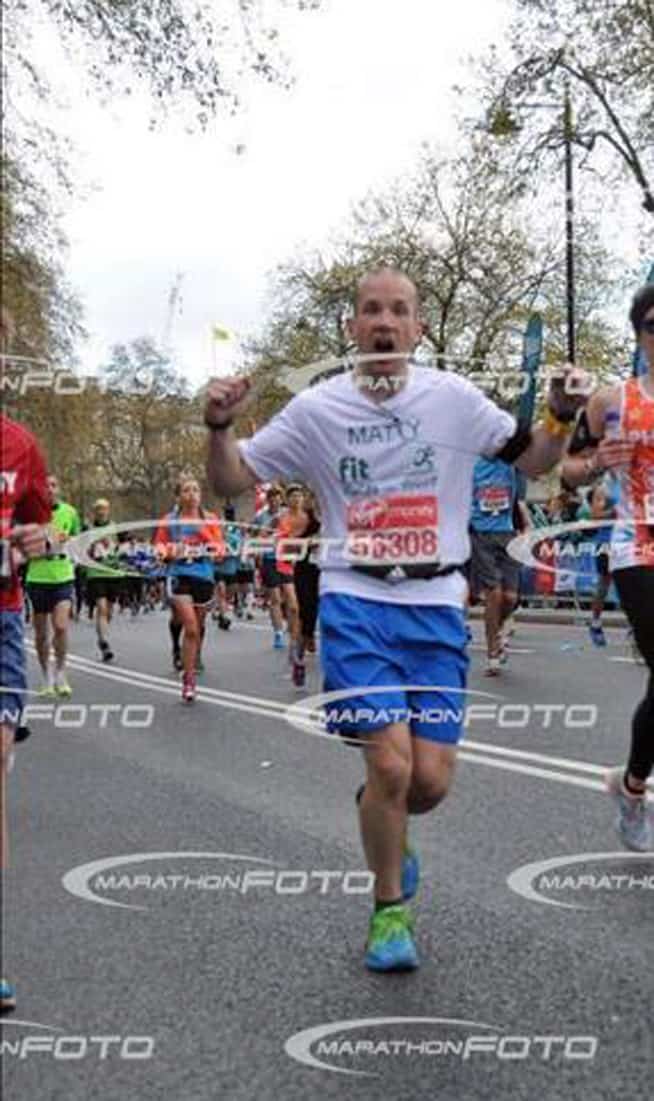 A brilliant achievement for someone who, despite following a rigid training programme, has only been training for this event for just over four months. In that time Matt clocked up an impressive 375 training miles and lost a stone in weight! He was elated and triumphant at the finishing line. 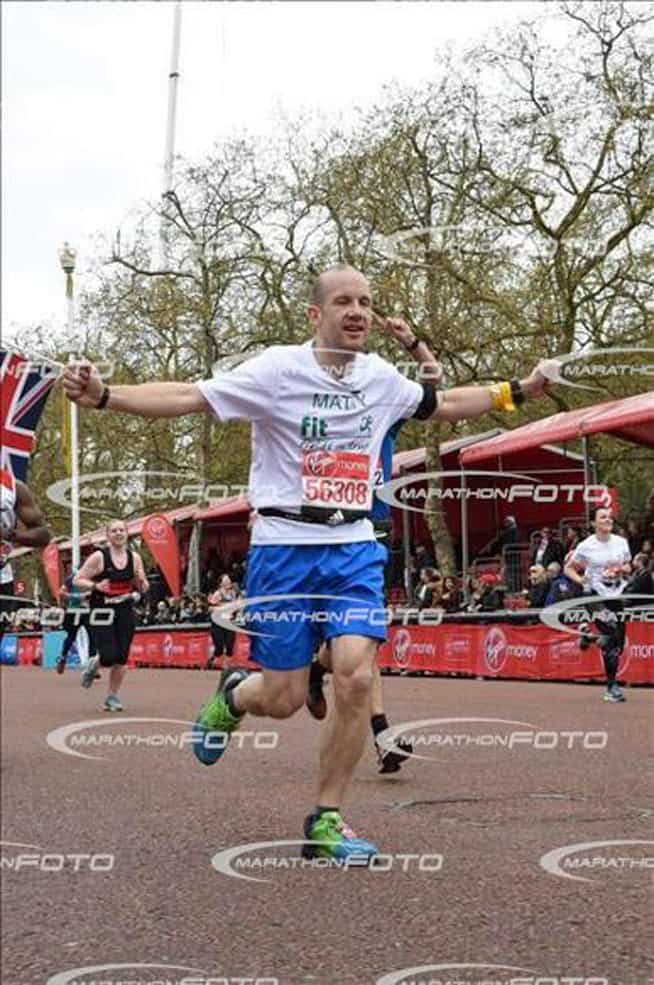 As a member of the Fields in Trust team, Matt was then treated to a reception at BAFTA with complimentary food, drink and massages to celebrate the team’s amazing achievement. BAFTA is situated close to the finish line so they didn’t have far to walk. There were plenty of sofas to rest their weary feet and delicious refreshments for them to celebrate and refuel with.

Matt is now back at work and feeling very happy but sore. He told us “Anyone that has the opportunity to train for and run a marathon should just do it. It is a brilliant experience. The atmosphere at the London Marathon is indescribable. Seasoned marathon runners say it is without doubt the best marathon event in the world. Go for it!”

Will his words inspire you?

At the time of writing Matt has raised an incredible £1,571.00 but there’s still time to top up his fundraising total here >> bit.ly/mattlondn Thank you!

Celebrating our heritage with #TEAM t-shirts

Tuesday, 26th January 2021 2:52 pm
During a recent company update, our Managing Director launched ‘#TEAM Playdale’ heritage t-shirts. The new Playdale t-shirts not only emphasis our #TEAM values but also every employee’s own heritage within the business. The colour palette reflects each of the Playdale values and the individual employee numbers represent when they joined Playdale. Our Managing Director Barry […]

Friday, 18th December 2020 1:10 pm
Did you spot us on national television earlier this week? We were absolutely delighted to welcome BBC Breakfast to Playdale HQ on Monday 14th December. The outside broadcast business news film crew arrived as dawn was breaking over Haverthwaite, South Cumbria which meant a 5am start for some members of #Team Playdale. Live broadcasts from […]