Following the success & enjoyment of last year’s inaugural Playdale Festive Football Tournament, we decided to hold it again this year!

Playdale staff from across the business, including our Area Managers who cover the length & breadth of the UK & Ireland joined together for the fun tournament last night. The emphasis was on fun but there was of course a bit of healthy competition thrown in for good measure too!

Unfortunately it was what you might call classic Cumbrian weather; rain, rain and more rain! This didn’t however dampen any spirits as the lively matches began in earnest.  Six teams were organised in preparation for the event with names including Pathetic Athletic, ABCDE FC and FC Real Madras!

Play began and within seconds the competitive natures were out in force. The first game of the evening saw the hotly awaited game between Unbelievable Techers and Real Zaragusset with the Techers letting their football do the talking with a 2-1 win, helped by an own goal from the Zaragusset keeper! 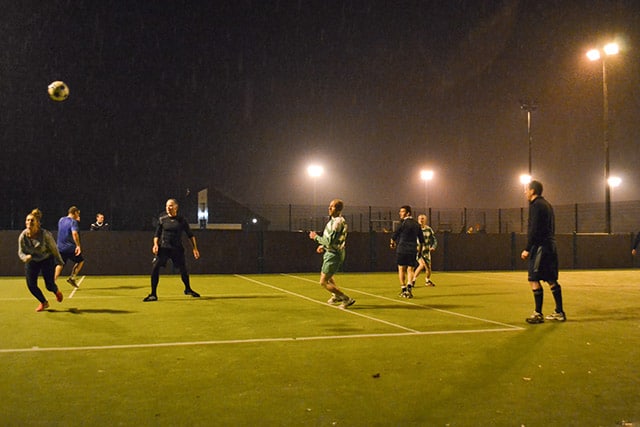 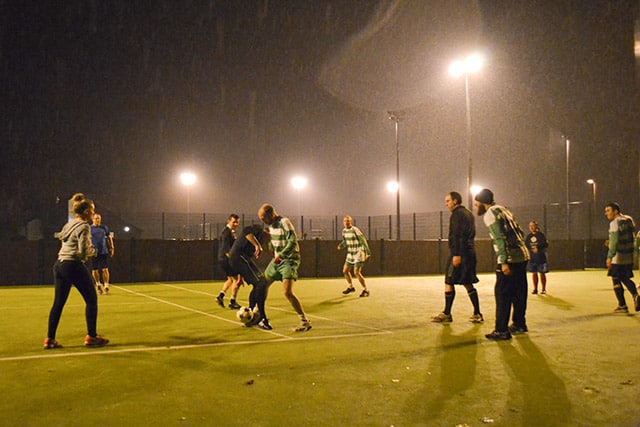 The final was a rematch from last year and it was contested at a furious pace with the well drilled Northern Monkeys coming out on top against Unbelievable Techers. Sweet revenge on their defeat at the hands of the Techers in last year’s final!

The Northern Monkeys played well throughout the group rounds despite their team captain missing the first two games as he was 20 minutes late! Paul Battye then wondered if this may have been an advantage (!) but thanked his team nonetheless for getting them through the team stages! Team member Max Walker redeemed himself this year with a superb goal…after one of the worst passes ever seen in football history at last year’s tournament! Well done Monkeys one and all! 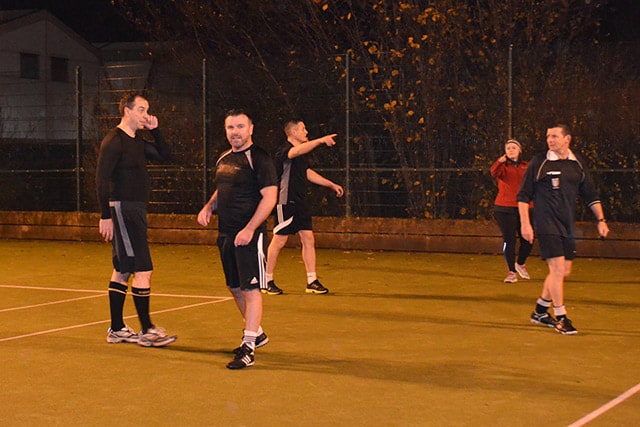 Following the tournament we managed to have a chat with a few players.  Emma Simpson from Pathetic Athletic told us “We might have come last but we scored a goal against the winning team, the fact that they then scored 7 was beside the point. But we had a brilliant time, supported each other and thoroughly enjoyed the pie and peas afterwards.” Fair point well said Emma!

One of our referees Ieuan said it was a “Brilliant event and really great to get everyone together in this way”. 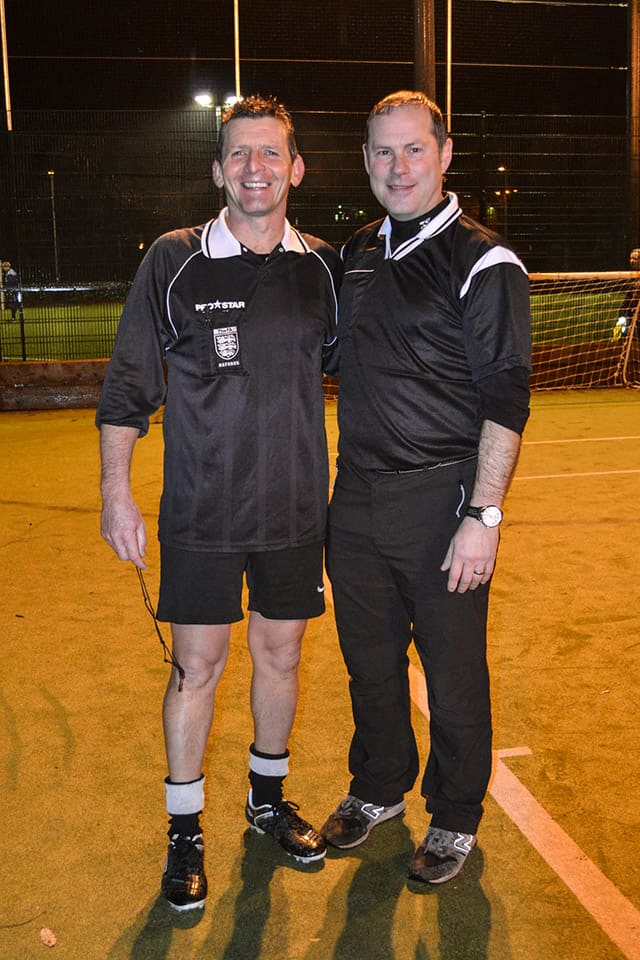 It was then off to the pub for everyone to dry off (!) and enjoy some well-earned refreshments together!

HAVE A LOOK AT MORE PICTURES FROM THE TOURNAMENT IN OUR GALLERY BELOW! >> 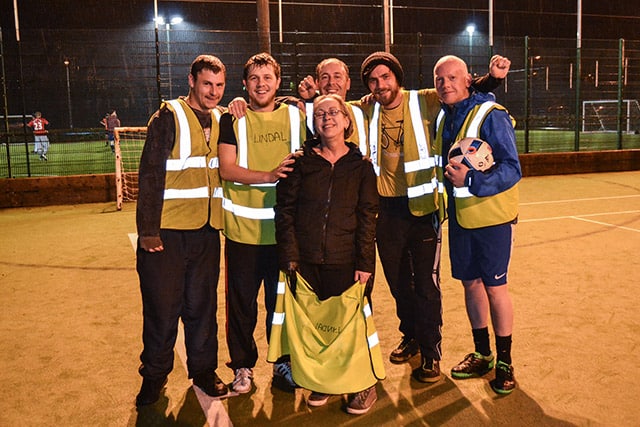 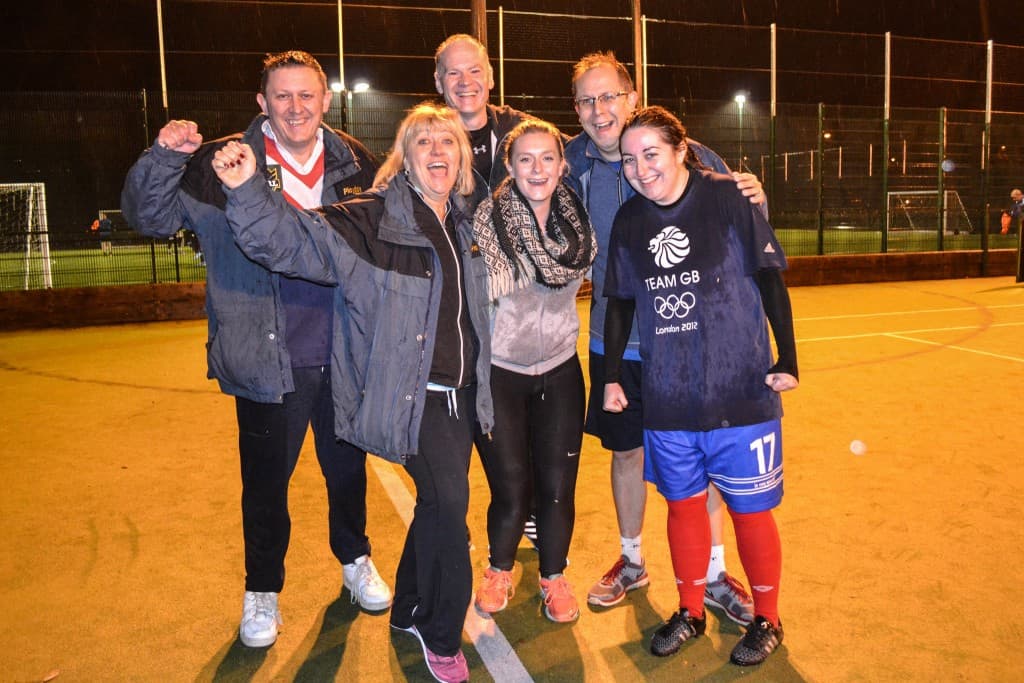 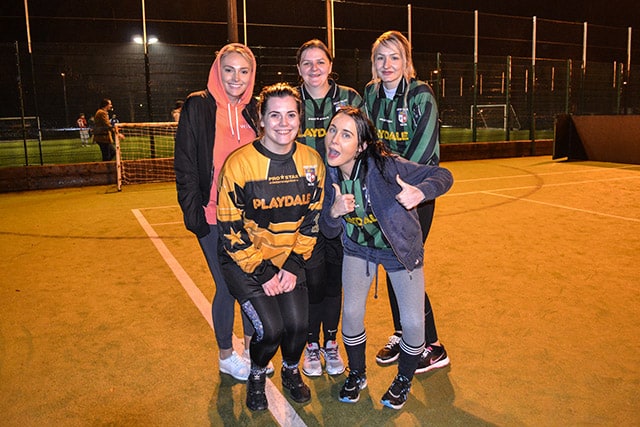 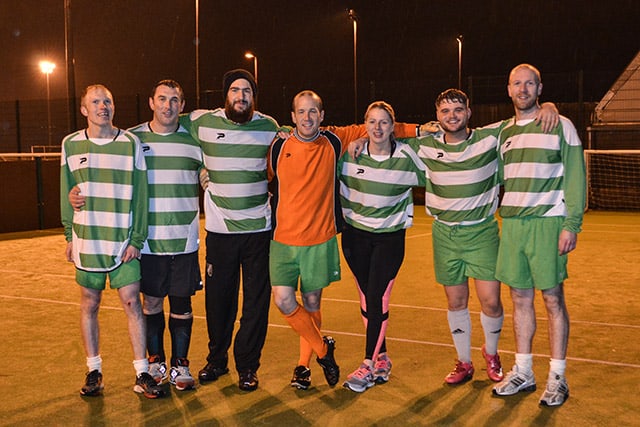 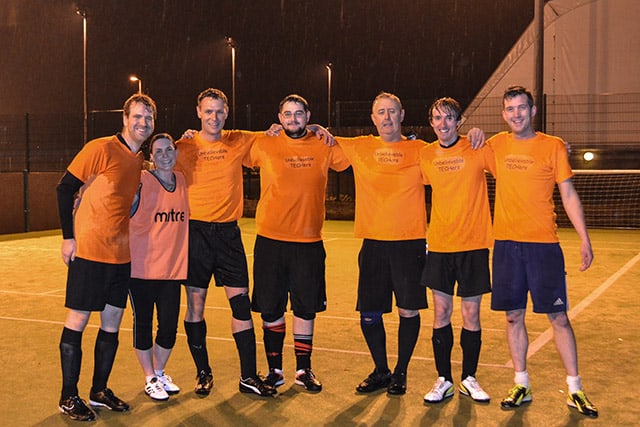 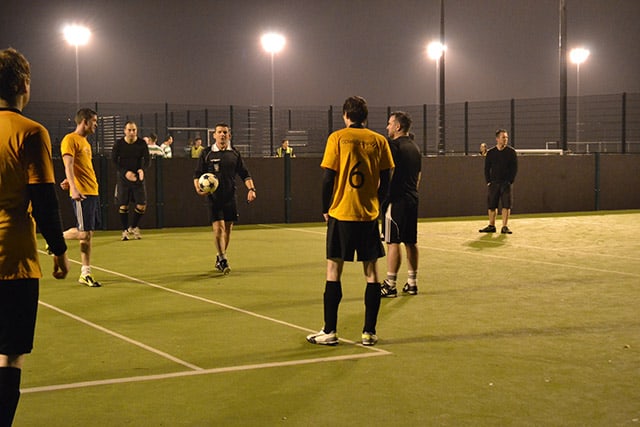 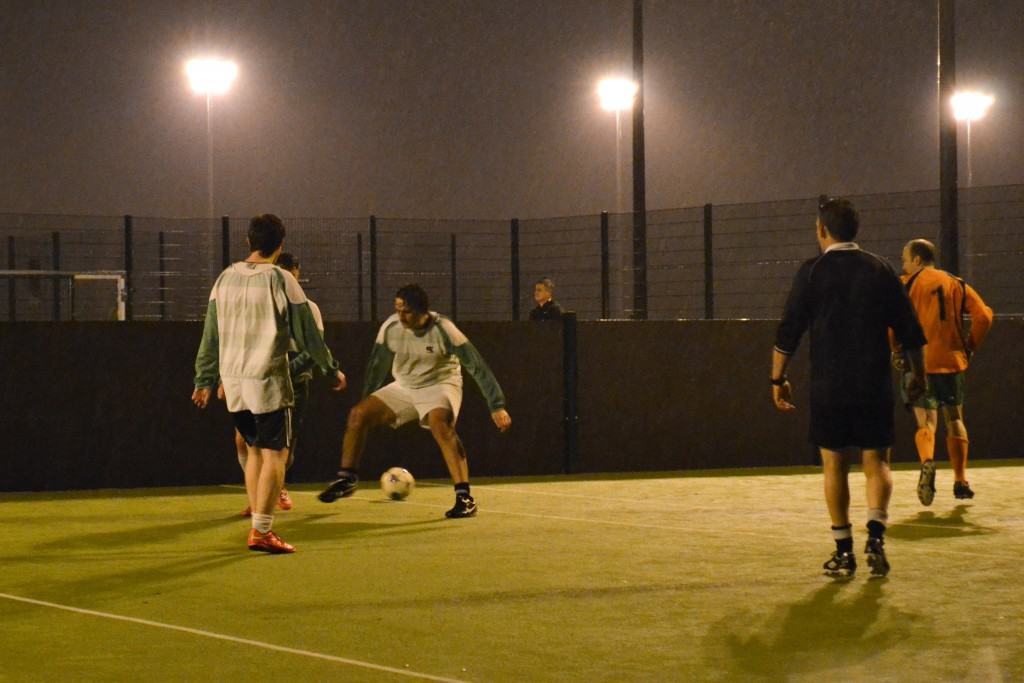 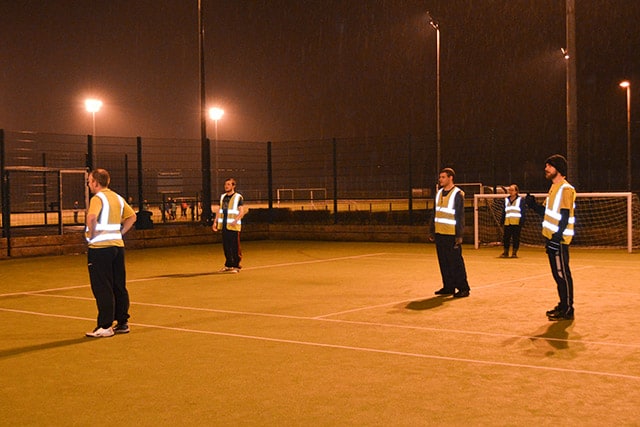 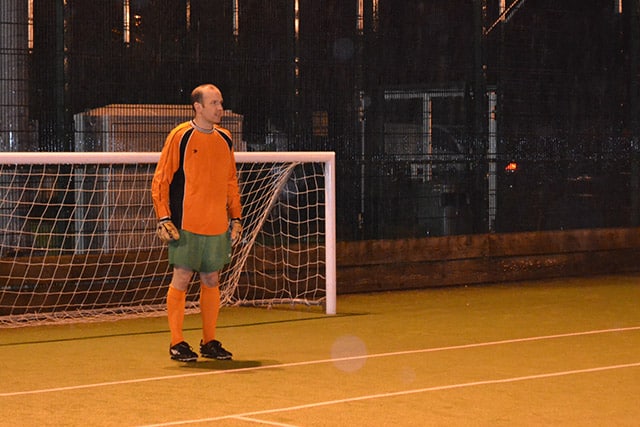 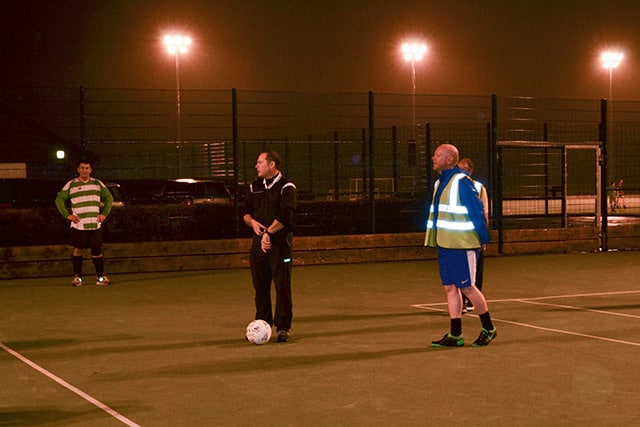 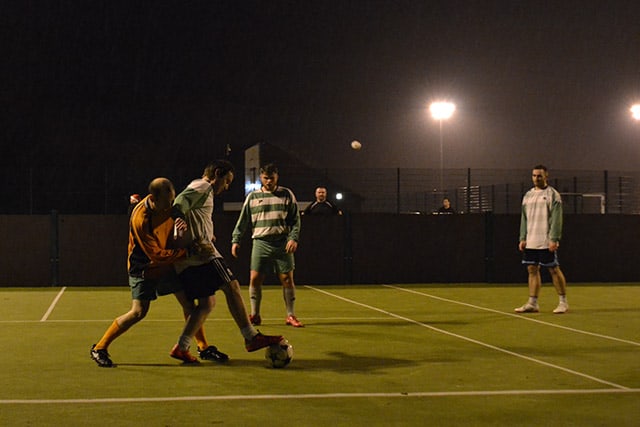 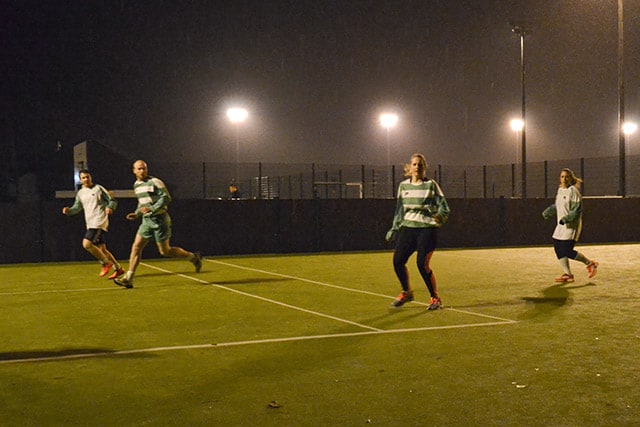 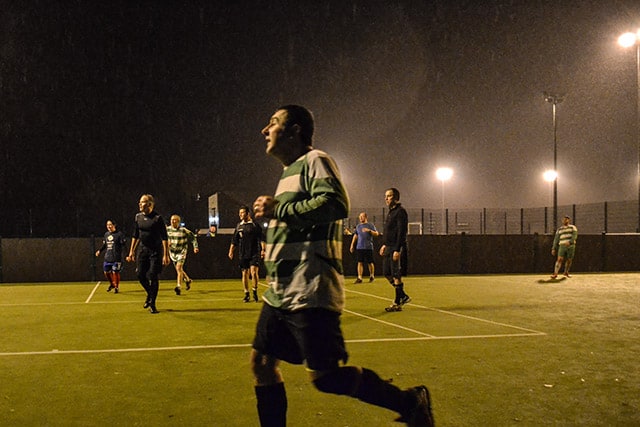 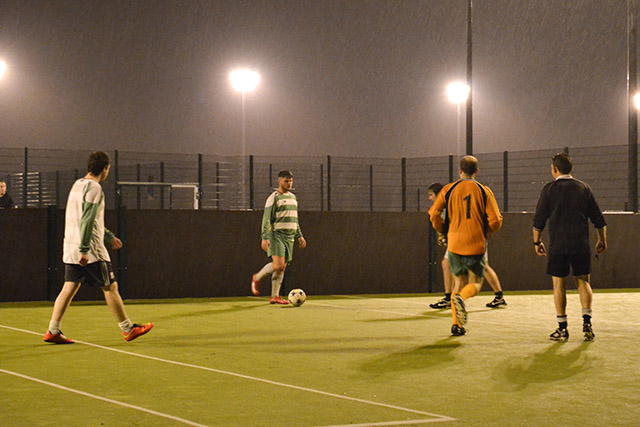