Did you spot us on national television earlier this week?

We were absolutely delighted to welcome BBC Breakfast to Playdale HQ on Monday 14th December. The outside broadcast business news film crew arrived as dawn was breaking over Haverthwaite, South Cumbria which meant a 5am start for some members of #Team Playdale.

Live broadcasts from our playground equipment factory featured a number of times throughout the three-hour morning news programme and included several members of #Team Playdale as well as guests from other UK businesses. 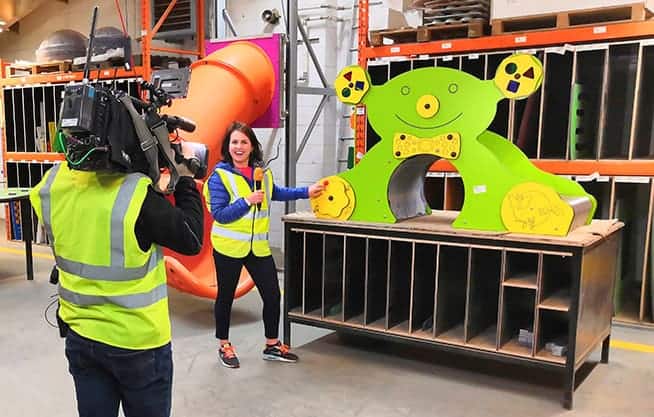 BBC Breakfast news presenter Nina Warhurst (who had visited us previously in May 2019) toured our factory, timber shop and assembly areas. Nina spoke to our MD Barry Leahey MBE about British manufacturing, with regards to exported goods in light of the post-Brexit trade deal. 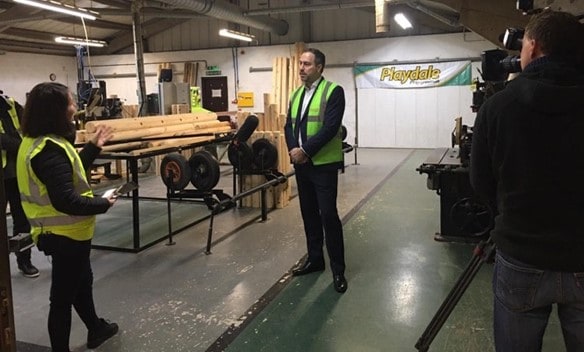 Nina asked Barry how businesses would be affected if the UK leaves the EU without a trade deal. Barry explained that British industry would prefer to have a post-Brexit trade deal and especially for Playdale, who export to 51 countries worldwide.

Nina also spoke to our Sales Coordinator Stephanie Lord regarding the positivity of our customers and the continuation of business in uncertain times. Stephanie also commented on the need for outdoor play progression… “for the wellbeing of parents, carer’s and children…and for the mental health benefit.” 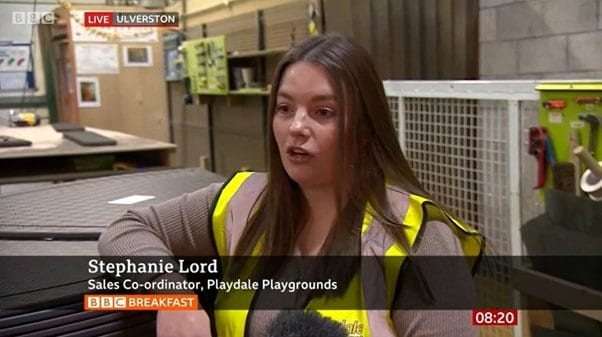 Mick O’Doherty is our Contracts Manager and one of our longest serving members of staff having worked at Playdale Playgrounds for an incredible thirty years! He has worked in nearly every department and knows the business inside and out. He spoke to Nina (for a second time in 18 months) about positivity and moving forward. Micks wise words certainly got Dan and Louise talking on the sofa afterwards! 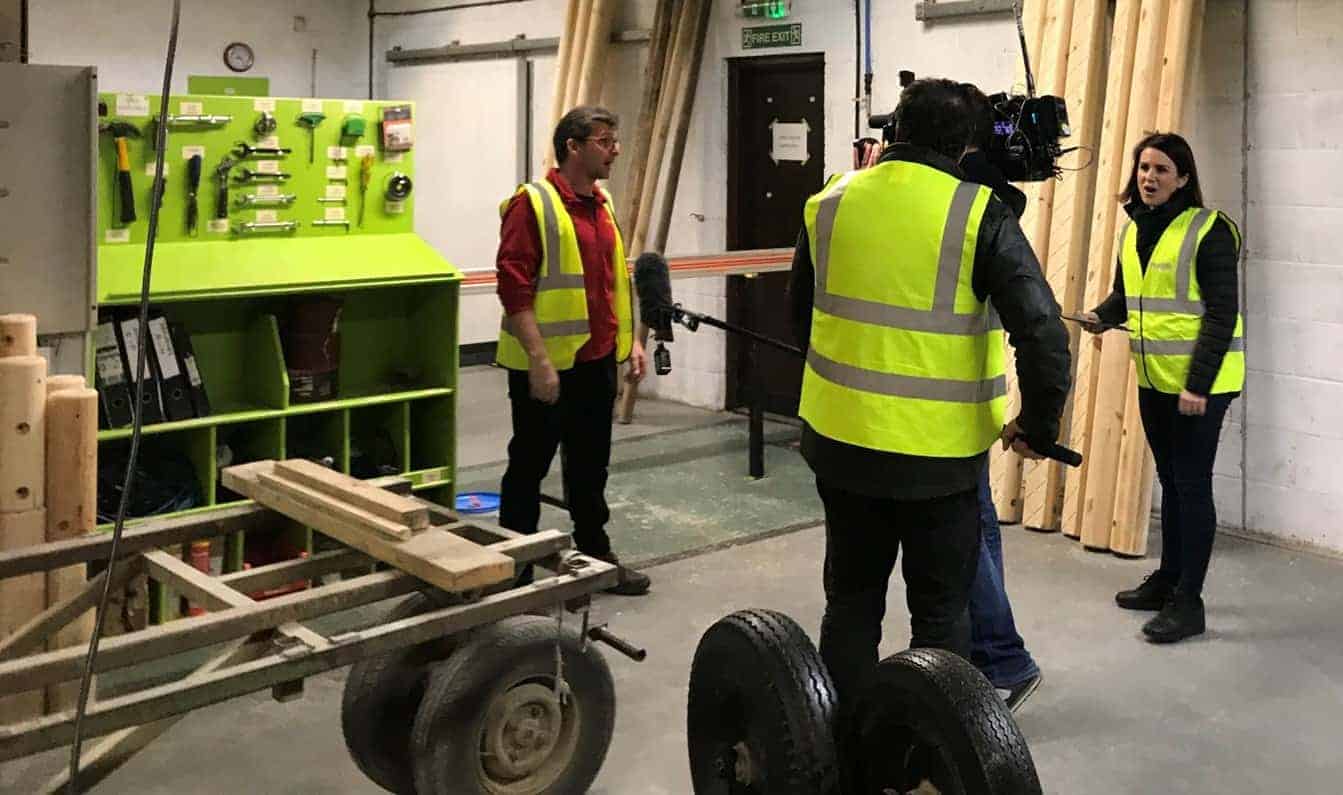