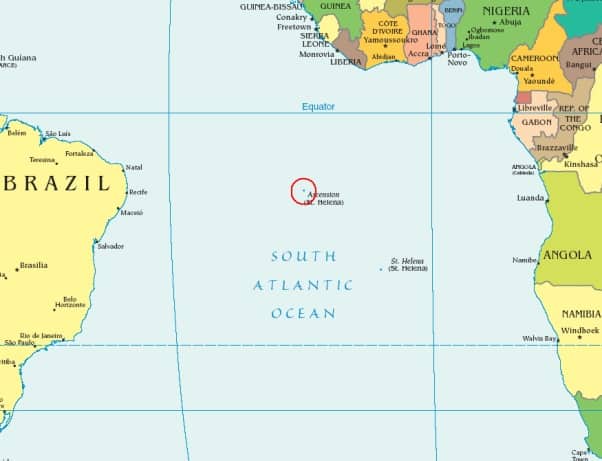 The island is named after the day it was discovered on in 1503; Ascension Day. It has a total population of approximately 880.

There is no indigenous population on the island, the inhabitants are primarily from the United Kingdom and the USA, along with a small number from a variety of other nations. Georgetown is the primary settlement on the island.

We already had a relationship with the Ascension Island Government as they had ordered equipment from us in the past so we were delighted when they contacted us again regarding this large new playground project which would be so important to this small island community.

They were looking for a wide variety of equipment as the new play area would be a central community hub used by all the local children of a wide age range.

The equipment that was chosen included; a Big City Munich stainless steel junior tower unit, a Merrymeet Plus timber toddler multi play unit from our Little Hamlets Plus range, an Aerial Runway, an Inclusive Orbit, an Aero Tilt, a Mega Swing, a Cradle Swing, Playhouses, Mushrooms Seats and one of our teenage hangout shelters – the Encounter 16.

The order was placed and the equipment then manufactured and wrapped up ready to be transported across the Atlantic Ocean!

Our client at the Ascension Island Government told us, “Due to the extremely high temperatures we get on-island we opted to surround the equipment with sand. This is probably a little different to what is used in the UK. However, the white sand again perfectly complements the colourful equipment selected.” 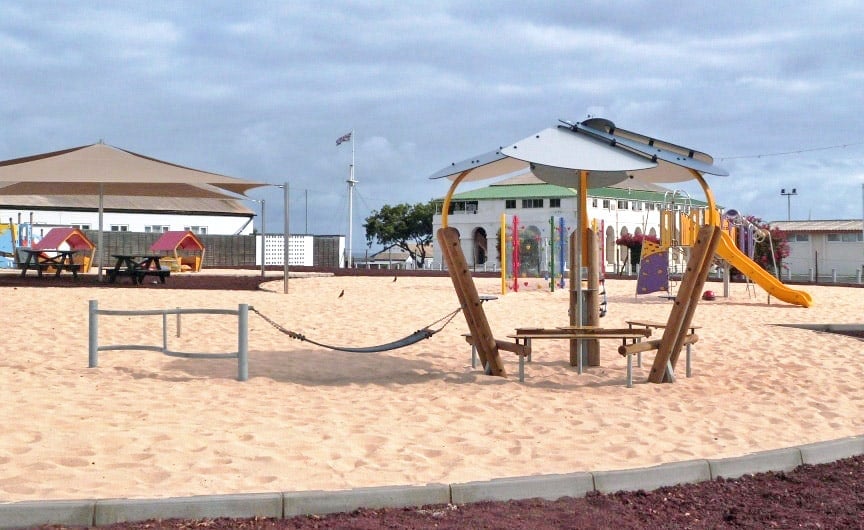 She went on to say “We decided to use Playdale again as like the quality of their equipment. The new equipment that we chose suits a wide variety of ages and its great use of colour has brightened our town centre. The existing park was long overdue a makeover and the equipment sourced from Playdale was just what we needed to give it a new lease of life!”

The playground has now been in action for a few weeks and has been in full use by almost every child in their small community. We’re delighted that the island has this great new focal point for all the islanders to play, chat and socialise in. We think it looks fantastic!

Click here to read more about all the countries we export to around the world.