Playdale Playgrounds’ Managing Director, Barry Leahey MBE has been awarded Director of the Year in the global category at the Institute of Directors (IoD) North West Awards.

The event took place last night at the Midland Hotel in Manchester and was hosted by a familiar face to many – BBC sports presenter and anchor of BBC Breakfast, Dan Walker.

This award ceremony celebrates leadership talent, success and achievement in the North West of England. It’s the ‘pinnacle of leadership and business excellence highlighting the significant contribution business leaders can make to society and the economic prosperity in our region.’

Barry began working at Playdale in 2004 as Sales and Marketing Director and progressed more recently to Managing Director in 2015. Barry’s drive and passion to ensure that Playdale is the best that we can be in the export market have been relentless in the last seven years. He’s been the driving force behind our growth strategy and within this time has successfully formed distribution agreements that span forty-eight countries. Our products can now be enjoyed by children right across the globe from Spain to Singapore! 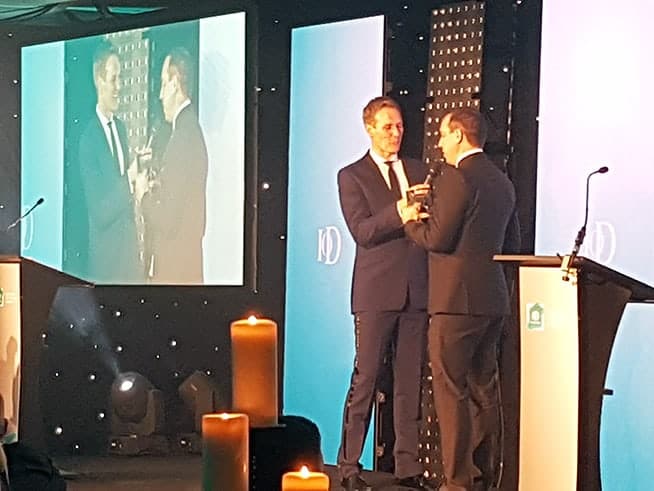 The judges’ comments which formed the basis of their decision to select Barry as the winner of this category included the following:

Following his win, Barry said “The Institute of Directors is a dynamic and highly respected organisation, so to even be shortlisted for this award was an incredible honour and fantastic achievement. To then be announced winner of the Global Director Of The Year Award is something else! I am delighted to have received the award and would like give huge thanks to my team at Playdale for their hard work and support in helping us achieve our export goals.” 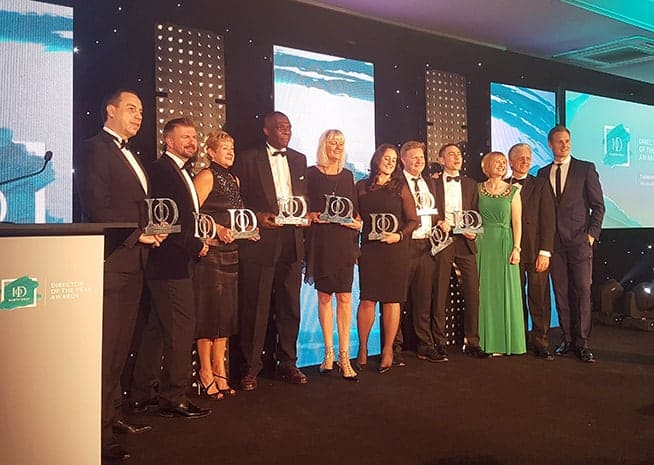 Barry is pictured above with his fellow winners of the evening – congratulations to all the nominees & winners and especially to Barry on your well-deserved award!