Around 2pm on the afternoon of Thursday 19th May, Playdale’s Managing Director Barry Leahey was ordering a taxi at a hotel reception desk…something he does in many hotels, in many countries around the world on a regular basis. But when asked his destination and Barry replied “Buckingham Palace please” it soon became a very extraordinary sort of day!

Barry had been lucky enough to be nominated for an invitation to the Royal Garden Party due to his services to, and achievements in, the UK Export Industry. Playdale’s export business now spans twenty seven distributors worldwide and our aim is to be in forty countries by 2018. A nomination doesn’t mean an automatic invitation, so when one of these landed on Barry’s doormat a few weeks later, it was a great honour. 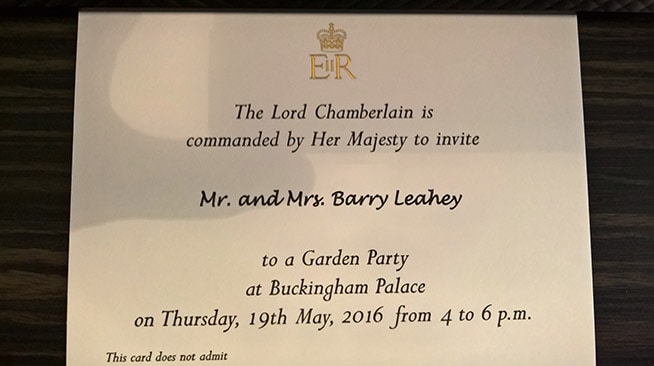 Setting off in style from the Dorchester Hotel, Barry and his wife Louise already felt a real sense of occasion and that this was going to be an extremely memorable and special day. I think you’ll agree that they both look rather elegant & smart. 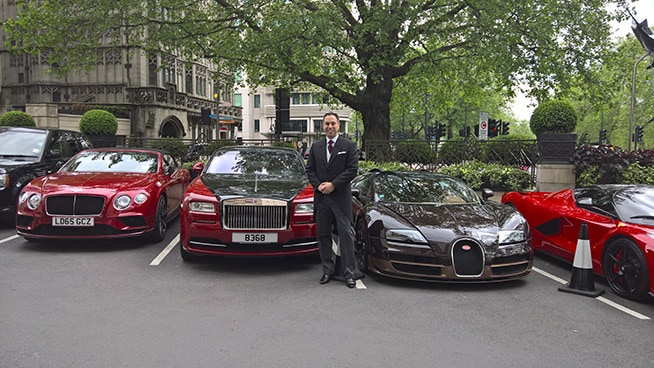 As they neared The Mall, there was an array of morning suits, stylish hats, military uniforms, mayoral chains and national dress from various countries. Outside Buckingham Palace there was the expected queue and security measures in place, but all moved smoothly and quickly and the security police on duty were very relaxed and even quite entertaining!

They went through a couple of rooms in the Palace and were then led out to the impressive gardens. On the lawn were two bandstands and two marquees; one for Royalty, dignitaries and selected guests, the other for the remaining guests. Barry and Louise enjoyed a delightful afternoon tea of  sandwiches (including cucumber, of course!) smoked salmon canapes, exquisite tiny perfect cakes and pastries including a chocolate one with the gold Crown emblem on it! All served with a choice of tea, juice or iced coffee. Delicious. 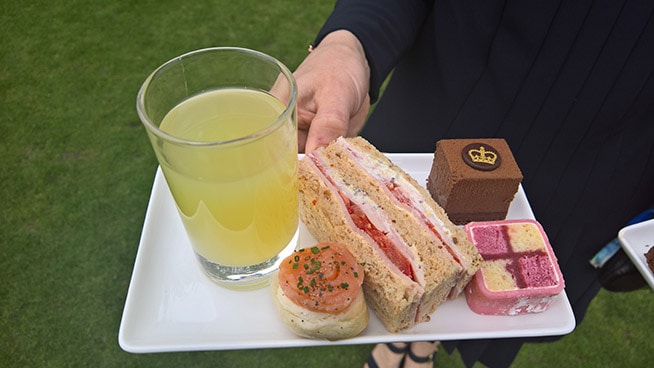 The guests of honour then arrived. There was Prince & Princess Michael of Kent, the Prince of Wales with the Duchess of Cornwall, and last but by no means least, the Queen and the Duke of Edinburgh. An amazing sight to behold in such close quarters. 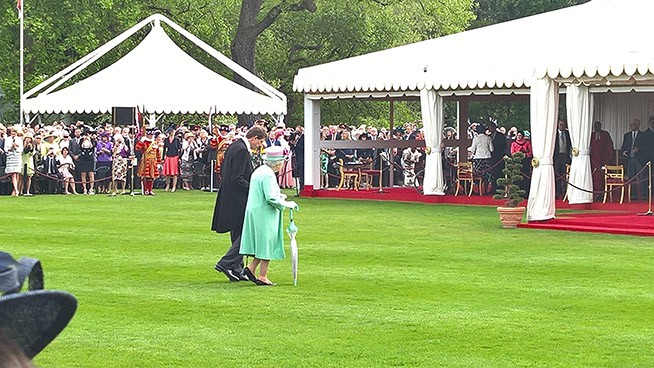 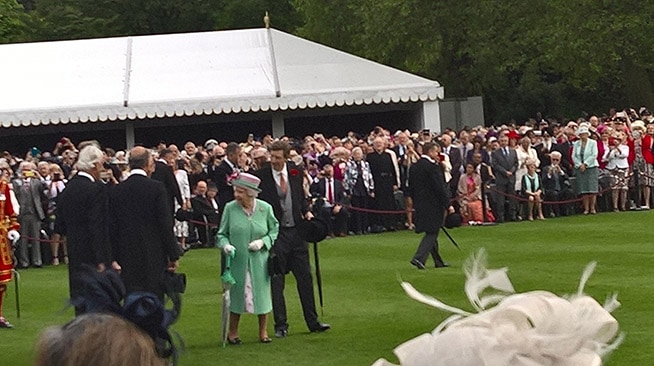 Two military brass bands provided perfect entertainment and ambience for the event as Barry and Louise strolled around the gardens, and they were even given tubs of delicious ice cream to round off the afternoon. 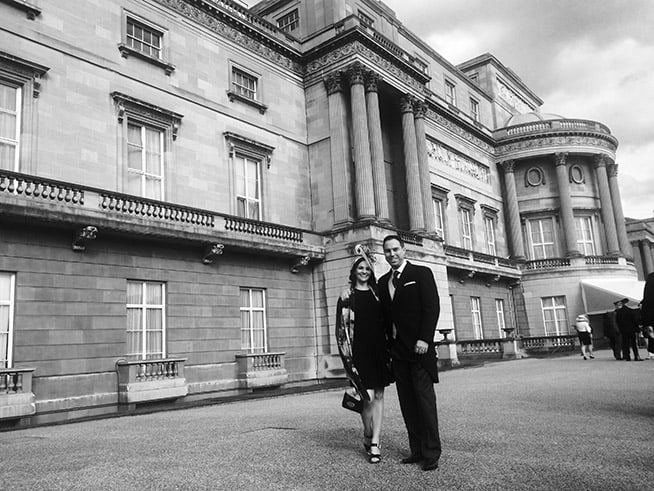 An unforgettable day, and a superb recognition of Barry’s achievements within the UK Export Industry.

We think that this picture above is a must for their living room wall!